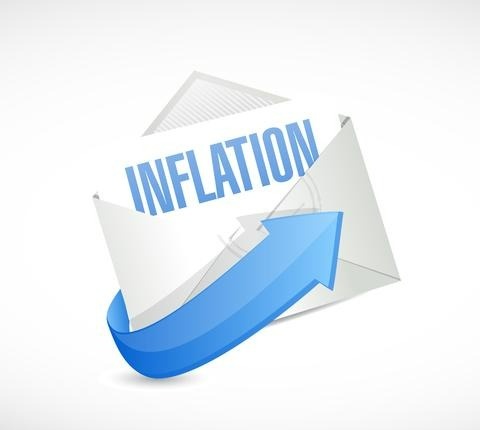 American consumers learned more than 40 years ago that inflation can be difficult to tame. You can’t fight it with words alone. (Remember Gerald Ford’s WIN buttons?) Fighting inflation takes action that is both decisive and intelligent. Above all, it takes resolve, because the policy measures that are necessary to beat inflation are rarely popular.

Paul Volcker understood the need for resolve. In 1979, after a decade of intractable inflation, Jimmy Carter appointed Paul Volcker as Chairman of the Federal Reserve System. Volcker’s appointment was probably the best thing Jimmy Carter did as president because the monetary discipline Volcker implemented laid the foundation for decades of economic prosperity. We can learn a lot from Volcker as we wage our own fight against accelerating inflation.

The inflation situation Volcker faced at the time of his appointment was similar to ours in many ways. In the previous ten years, the U.S. economy had endured some massive external shocks, including two oil crises, matched with some terrible economic policies. Weak Federal Reserve policy had allowed inflation to rise from less than 2 percent in the late 1960s to nearly 8 percent by January of 1979. By July of that year, as Volcker was enduring his senate confirmation hearings, inflation had accelerated to an annual rate of about 9 percent. Clearly, something needed to be done.

During his confirmation hearing, Volcker spoke to the senators with a candor uncommon among central bankers. He told them that fighting inflation was his top priority and, if confirmed, the Fed would “have to call the shots as we see them.” That candor served Volcker well in the coming years.

Volcker started raising interest rates as soon as he was confirmed, but inflation continued to accelerate. By October consumer prices were rising at a 10 percent annual clip and members of the FOMC (the Fed’s main policy making body) felt a more dramatic step was needed. On Saturday evening, October 6, 1979, Volcker called a special press conference.

In what became known in bond market lore as the “Saturday Night Massacre,” Volcker announced that he was turning Fed policy on its head. Instead of targeting the overnight interest rate in its effort to control the growth of the money supply, the Fed would target the money supply more directly by focusing on the volume of bank reserves in the system. Interest rates would be allowed to fluctuate according to the market forces of supply and demand.

The results were immediate. Interest rates spiked and the normally tranquil bond market was engulfed in a maelstrom of volatility. Within six months, the overnight Fed Funds rate rose from 11 percent to more than 19 percent and the yield on the ten-year Treasury rose from 9 percent to almost 14 percent.

Burdened by tight money and rising interest rates, the economy slowed and business became difficult. Consumer confidence plummeted, the unemployment rate rose, farmers protested, and lawmakers from both parties and both houses of Congress railed against the Fed. At one point, car dealers sent coffins containing the keys of unsold vehicles to the Fed’s headquarters.

It took three years of consistent discipline, but Volcker’s persistence eventually paid off. By the end of 1982, consumer price inflation fell to 6.1 percent and then 3.7 percent in 1983. The unemployment rate peaked at 10.8 percent in late 1982 and then started a steady decline that lasted for many years. As the inflation outlook improved, the Fed was able to ease policy. Most importantly, their discipline and persistence restored the Federal Reserve’s credibility as an inflation fighter and laid the groundwork for decades of strong economic performance.

Of course, the American economy is different today than it was 40 years ago. In many ways, today’s economy is more agile and is likely to be more responsive to policy changes. However, we shouldn’t expect to win the current inflation fight with a few quick interest rate hikes. Quantitative easing has left the Fed with a huge balance sheet that needs to be unwound as part of any credible effort to bring inflation to heel. In the meantime, you and I need to protect ourselves from the effects of inflation. Next week I’ll share some ideas on how to do that.