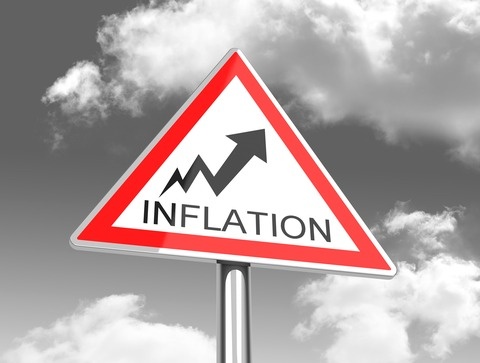 The Federal Reserve’s unfolding battle with inflation is shaping up to have all the drama of a Muhammad Ali fight. This could be like the 1974 “Rumble in the Jungle” where Ali, a 4-1 underdog going into the fight, dethroned George Foreman, the undefeated world heavyweight champion. Or maybe it’s more like Ali’s 1975 “Thrilla in Manila” where Ali and Joe Frazier met for the third and final time in what was possibly the greatest boxing duel ever. Whichever it is, the Fed’s opponent is tough and tenacious and Fed Chair Jerome Powell is going to have to be equally tough and tenacious if he hopes to win this fight.

The irony of the current situation is that Powell’s opponent is the Fed’s own creation. The Fed’s massive stimulus immediately following the COVID shutdown was right on the money, but they were slow to normalize policy as the economy reopened and regained its footing. In fact, even as consumer prices were beginning to boil over, the Fed continued to pour fuel on the inflationary bonfire.

The magnitude of their largesse is clear when you look at the growth in the Fed’s balance sheet. In the 24 months between March 2020 and March 2022, the Fed purchased nearly $4.8 trillion worth of Treasury bonds and mortgage-backed securities. These purchases, known as quantitative easing, created a degree of stimulus in the economy much larger than the value of the bonds that were purchased. Here’s how it worked.

The Fed paid for its bond purchases by depositing reserves in the selling banks’ accounts at the Fed. The banks could then leave the reserves at the Fed earning 0.10 percent interest, or they could lend them out to businesses and consumers. Although interest rates on consumer and business loans were low, they were a lot better than what the Fed was paying, so the banks had a huge incentive to lend.

In our economy, bank lending is the primary vehicle for creating money. You can get an idea of how it works by thinking about throwing a rock in a pond. The initial splash is followed by secondary waves that ripple across the pond. With QE, the Fed’s deposit of reserves made the initial splash. As banks made loans based on those reserves, additional money was created and rippled across the economy as borrowers spent the borrowed money on goods and services. The providers of those goods and services then used their revenues to purchase the goods and services they needed. This cycle repeated itself over and over, creating successive waves of economic activity all tracing back to the Fed’s bond buying.

The result is that the $4.8 trillion rock dropped by the Fed in our economic pond has put a lot more energy into the economy than the original $4.8 trillion. Exactly how much is hard to quantify, but we see evidence of that energy in the rapid rise in the price of everything from financial assets and real estate to consumer goods and services.

Which brings us back to the inflation fight. As long as those excess reserves are in the banks’ accounts at the Fed, they represent an inflationary impulse. The Fed can moderate that impulse by raising the interest rate they pay on reserves, making it more palatable for banks to leave reserves in their Fed accounts. However, the real key to the long-term fight against inflation is to remove the excess reserves from the system—a process referred to as quantitative tightening.

Quantitative tightening can proceed in one of two ways. These two options get to the same endpoint, but they get there following slightly different paths. First, the Fed can sell its bonds directly to the banks in exchange for excess reserves. Second, the Fed can let the bonds mature. As the Treasury bonds mature, the U.S. Treasury will issue new bonds to pay the principal on the maturing bonds. The new bonds will be sold to banks that will buy them using their excess reserves.

The net effect of quantitative tightening will be to reduce the inflationary impulses in the economy, but it will also mean fewer reserves to make loans which will mean slower growth in the money supply and a prolonged contraction of economic stimulus. It is going to be a tough fight. Let’s hope the Jerome Powell and the Fed are up to it.

Steven C. Merrell  MBA, CFP®, AIF® is a Partner at Monterey Private Wealth, Inc., a Wealth Management Firm in Monterey.   He welcomes your questions about investments, taxes, retirement, or estate planning.  You can contact Steve by calling 831-372-3426 or emailing him at smerrell@montereypw.com.