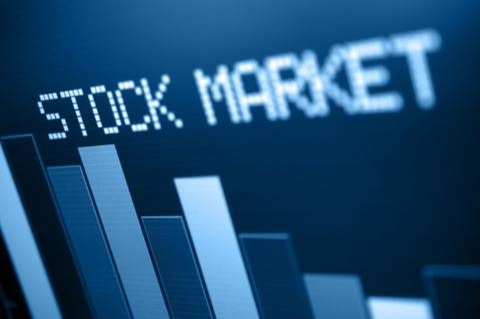 A year ago, I wrote a column titled “Confessions of a Bull Market Genius” in response to the stunning stock market rally of 2020. As you may recall “bull market genius” refers to the fact that almost anyone can make money during a bull market. A bull market genius simply rides the wave. It takes no skill and requires no discipline. It can also be very dangerous.

The rally started after massive intervention by the Federal Reserve and Congress in the early days of the pandemic. After a harrowing 34 percent drop, the market turned abruptly and launched an explosive 70 percent rally. The S&P 500 index ended 2020 with a gain of more than 18 percent.

The rally continued in 2021 with the S&P 500 gaining another 28.7 percent. Market conditions were perfect for a rally. Corporate earnings growth was strong and money was easy. In fact, according to the Federal Reserve, the money supply grew by 860 percent in the 22 months between March 2020 and the end of 2021. To put that in perspective, the money supply grew by only 140 percent in the ten years immediately preceding 2020.

As the Fed pumped liquidity into the system, a tsunami of money flooded the markets. A report recently issued by Bank of America estimates that nearly $900 billion flowed into equity funds in 2021, more than the total inflows of the previous 19 years combined. This torrent of investment inflated equity valuation measures to levels last seen during the dot-com bubble more than 20 years ago.

To me, $900 billion in 12 months seems to suggest that we have probably spawned a bumper crop of bull market geniuses. If you feel you might be one of them, you might want to start looking for the exit. I’m not saying the bull market is over, but it is clear that some of the conditions that led to the bull market are changing.

For example, the Federal Reserve has already announced significant changes to monetary policy. Money will get tighter in 2022 and interest rates will go up. With unemployment below 4 percent and consumer price inflation surging toward 7 percent, a change in policy is past due. In addition, corporate profit growth will slow this year as year-over-year comparisons will be much tougher. With valuations high, the prospect of tighter Fed policy and slower profit growth means the stock market will likely be much more challenging this year.

In many ways, today’s market feels much like it did in the late 1990s when dot-com stocks dominated the news and then-Federal Reserve Chairman Alan Greenspan warned of irrational exuberance. It was hard back then to get off the dot-com bandwagon. Most bull market geniuses did not and they road their bandwagon into oblivion. But the truly smart investors knew to stay away from fads. They knew that long-term investment success requires more than blindly throwing money at the latest hot idea. You need discipline and skill. You even need to be willing to be wrong in the short-term.

If you wonder if you are a bull market genius, try comparing your approach to that of a real investing genius like Warren Buffett. Before he invests in a company, Buffett learns everything he can about it. How does it make money? Is it an exceptional business? Is management trustworthy? Do they know what they are doing? Can I buy the stock at a good price? Speaking in 1998, Buffett said, “I buy businesses, not stocks, businesses I would be willing to own forever.”

Learning to invest in such an informed way takes time, patience and discipline. When asked during a television interview what advice he would give to someone just starting out, Buffett stated, “I’d tell him to do exactly what I did . . . which is to learn about every company in the United States that has publicly traded stock.” The interviewer protested, “But there’s 27,000 public companies.” “Well,” Buffett replied, “start with the A’s.”

Steven C. Merrell MBA, CFP®, AIF ® is a Partner at Monterey Private Wealth, Inc., an independent wealth management firm in Monterey. He welcomes questions you may have concerning investments, taxes, retirement, or estate planning. Send your questions to: Steve Merrell, 2340 Garden Road Suite 202, Monterey, CA 93940 or email them to smerrell@montereypw.com.