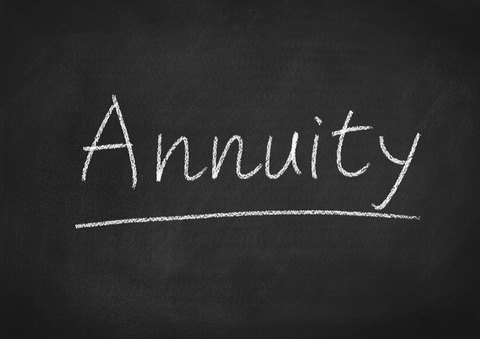 Q: When my mother died, I discovered that she had two annuities. I am the beneficiary of one of them and a local charity is the beneficiary of the other. What are annuities, and what are the income tax ramifications when they are inherited, both for me and the charity?

There are several types of annuities. Fixed annuities pay a fixed rate of return to their investors, while variable annuities pay a return that fluctuates with the market. When you purchase a variable annuity, you select investments inside the annuity that are similar to mutual funds. The return on your investment depends upon the performance of those funds.

Fixed and variable annuities come in two flavors: immediate and deferred. With an immediate annuity, the payouts begin right away and last for whatever time period you select at time of purchase. Typical time periods include your single life, your joint life with your spouse, or a certain number of years. When the selected time period is over, the annuity payout ends and the annuity contract has no value.

Those who inherit an annuity also inherit the annuity's tax basis. If the beneficiary is an individual, that individual will be responsible for any income tax due on withdrawals. The taxable portion of an inherited annuity (technically referred to as IRD or "Income in Respect of a Decedent") is the value of the annuity contract less the cost basis (usually the amount invested) in the contract. The situation changes if the beneficiary is a qualified charitable organization. Qualified charities do not pay any income tax, so they can inherit annuities without concern for tax consequences..

A popular estate planning technique designed to optimize the potential tax burden on heirs is to divide assets according to the tax status of the heirs. Conventional assets like stocks and real estate are bequeathed to taxable beneficiaries, like children or other individuals, who benefit from a step-up in cost basis. On the other hand, tax-deferred assets such as retirement plans, IRAs or annuities, which do benefit from a step up in basis, are left to tax-exempt beneficiaries like charitable organizations, churches, and schools.

One final word on annuities. There is a saying in the financial services industry that “annuities are sold, not purchased.” This means that brokers often sell annuities to people who would never buy them on their own. Annuities are complicated and they often carry high annual expenses and pay large commissions to the brokers who sell them. If you decide to leave the annuity early, the annuity company will usually charge a prohibitive surrender penalty. My point is simply this, when a broker tries to sell you an annuity, make sure you fully understand what you are getting into, including its fees and expenses, before you buy it.

Steven C. Merrell  MBA, CFP®, AIF® is a Partner at Monterey Private Wealth, Inc., an independent wealth management firm in Monterey.   He welcomes questions you may have concerning investments, taxes, retirement, or estate planning.  Send your questions to: Steve Merrell, 2340 Garden Road Suite 202, Monterey, CA  93940 or email them to smerrell@montereypw.com.